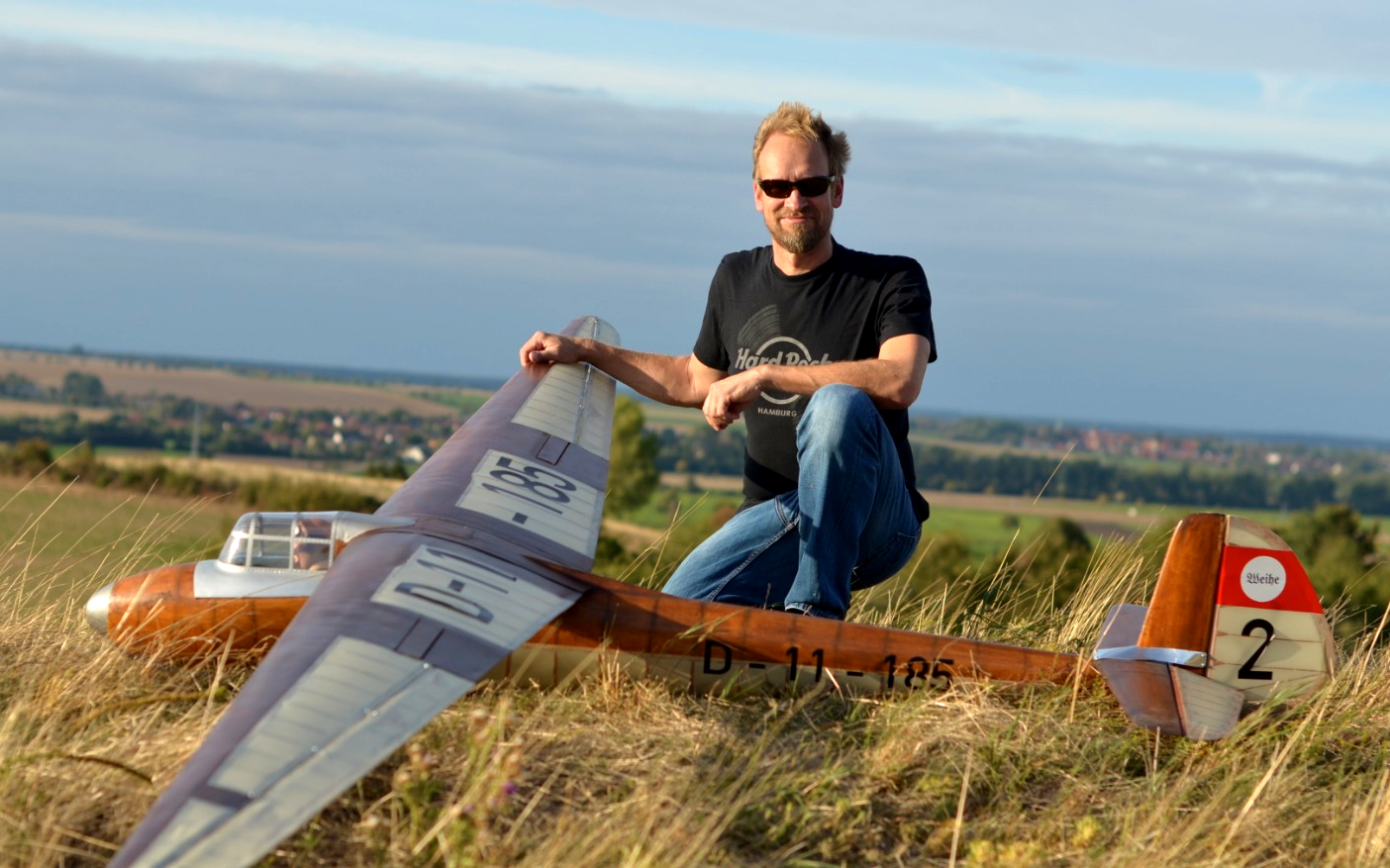 The development of the Weihe started in 1938 and finally ended in 1959.
The fuselage of this glider was built in half-shell construction and covered with birch plywood. The Weihe 50 by Fokker-Wulf was created after the war years in 1951 after the ban on the construction of German gliders was lifted. Since the production of the Weihe was very expensive due to construction, production was discontinued in 1958. Until then, the Weihe had received an improved wing surface and changes in the front part of the fuselage and a beautiful blown canopy.